It felt almost as if my dreams were coming true, finally achieving what my friends and I been working toward for 3 years. 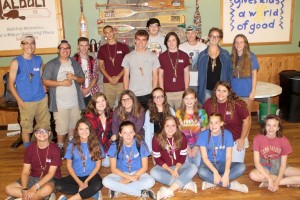 Whenever I meet prospective campers and families at Camp Fairs and Open Houses, some of the most common questions I get are, “So, what do you do there?” and “What makes your camp different?” Typically, I talk about our small staff-to-camper ratio, our inclusivity, and fun activities like boating and swimming. However, the truth is that what sets us apart from other camps and summer programs is our extraordinary, home-grown staff, almost all of whom began attending Talooli as campers and then completed our 3-year Counselor-In-Training (CIT) program as teens. Our staff are some of the most passionate and skilled young people around, and that is in large measure due to our exceptional CIT program. 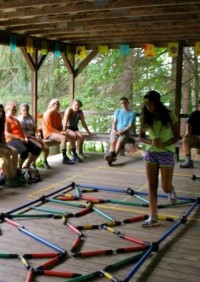 Camp Talooli’s CIT program is based on Camp Fire’s national curriculum and focuses on skills such as leadership, independence, child development, and team building. This 3-year program begins with a week of resident camp at 13 years old, another week of resident camp at 14 years old, and then two weeks of shadowing at 15 years old. Those graduating from the CIT program are eligible to apply for a day camp counselor position the following summer, at 16 years old.

Our CIT program is truly one of the most engaging and educational teen programs you will find, but I often interact with campers and teens that worry it will not be very much fun. So, instead of my telling you about how great it is, I thought I would let you hear from some of our teens:

Before you were a CIT, what did you think the CIT experience was going to be like?

“I thought it would be all work and no play, but instead the work was the play! I was surprised that I could learn so much and it could still be enjoyable.”         - Brigid 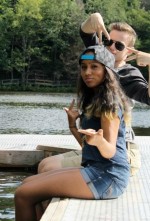 “I thought that I would be working constantly and not have a lot of time to make friends or do camp activities.”            - Katelyn

“I was really kind of expecting CITs to be a lot like school, but I was surprised that what we were being taught was still fun at the same time.”            - Josh

What was the best part about your CIT experience?

“The best part of the CIT program was the connections I made with my friends…I've known most of these kids since we were much younger, but once we entered the program together we really became close.”    - Brigid

“The CIT experience was very rewarding, but I also had a lot of time to do my favorite camp activities such as boating and swimming, and I have met some of my best camp friends during my CIT weeks.”          - Katelyn

“My favorite CIT memories had to do with my fellow CITs, because even if we weren’t 100% alike were alike in one way…we all loved being at camp.” Also, “boating after the day campers left contributed to the memories heavily.”- Josh

What made you want to come back to complete the program?

“I think the reason I stayed with the CIT program is that I always looked up to my counselors. I always wanted to be like them. I looked forward to CIT 3's last summer because I loved the idea being able to help kids come out of their shell and make new memories.”          - Josh

“The most surreal part was definitely the whistle ceremony during the final Thursday night campfire last summer. It felt almost as if my dreams were coming true, finally achieving what my friends and I been working toward for 3 years. These are memories I'll never forget that never would have been made if it wasn't for the CIT program at Camp Talooli.”   - Josh

Learn more about our CIT programs, on our CIT Page